After redesigning the landing page I decided to go ahead and make other pages match, that includes the cc0, diary and pets pages.
It now has the new design as well. Then i decided to make all old cc0  assets and pets match the new design so i made changes to all those posts and all the thumbnails as well. However I decided to leave the Diary thumbnails the same cuz you know, it kinda shows how things have changed overtime.
Here are some after and before imgs. 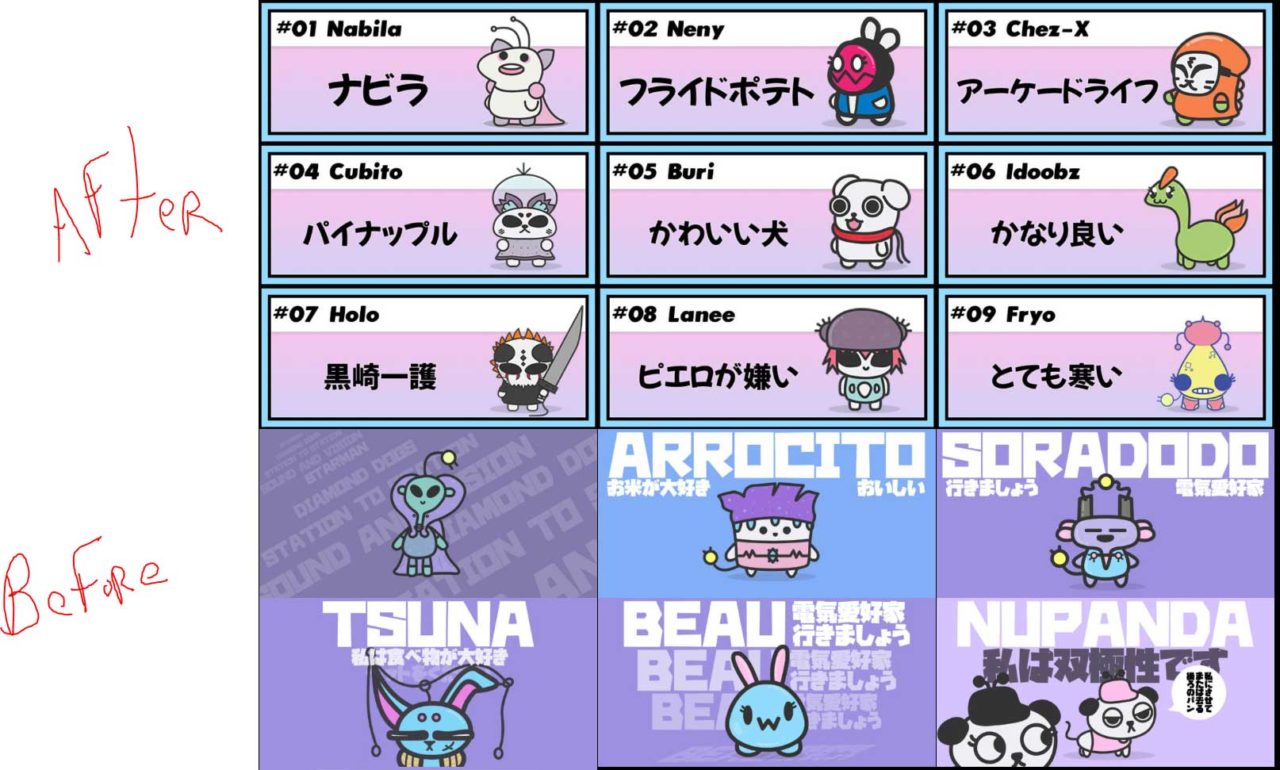 Woke up today to a phone call and it’s very rare for me to pickup unknown numbers but idk, i was sleepy or something.
I saw the area code and went “bleh, what’s the worst thing that can happen”.
It was from the psychiatrist office. They told me my appointment is in February and that they are gonna send me some info via mail.
I was like…eh… ok.
Then went back to sleep, woke up a few hours later thinking it was all a dream but after checking my emails I saw the confirmation of the appointment.
And that is how I got an appointment, apparently my Head Doctor called them/did a referral or whatever so they reached out to me.
So yes, February.
LET’S GOOOOOOOOOOOOOOOOOOOOOOOOOOOOO!

Tune of the Week