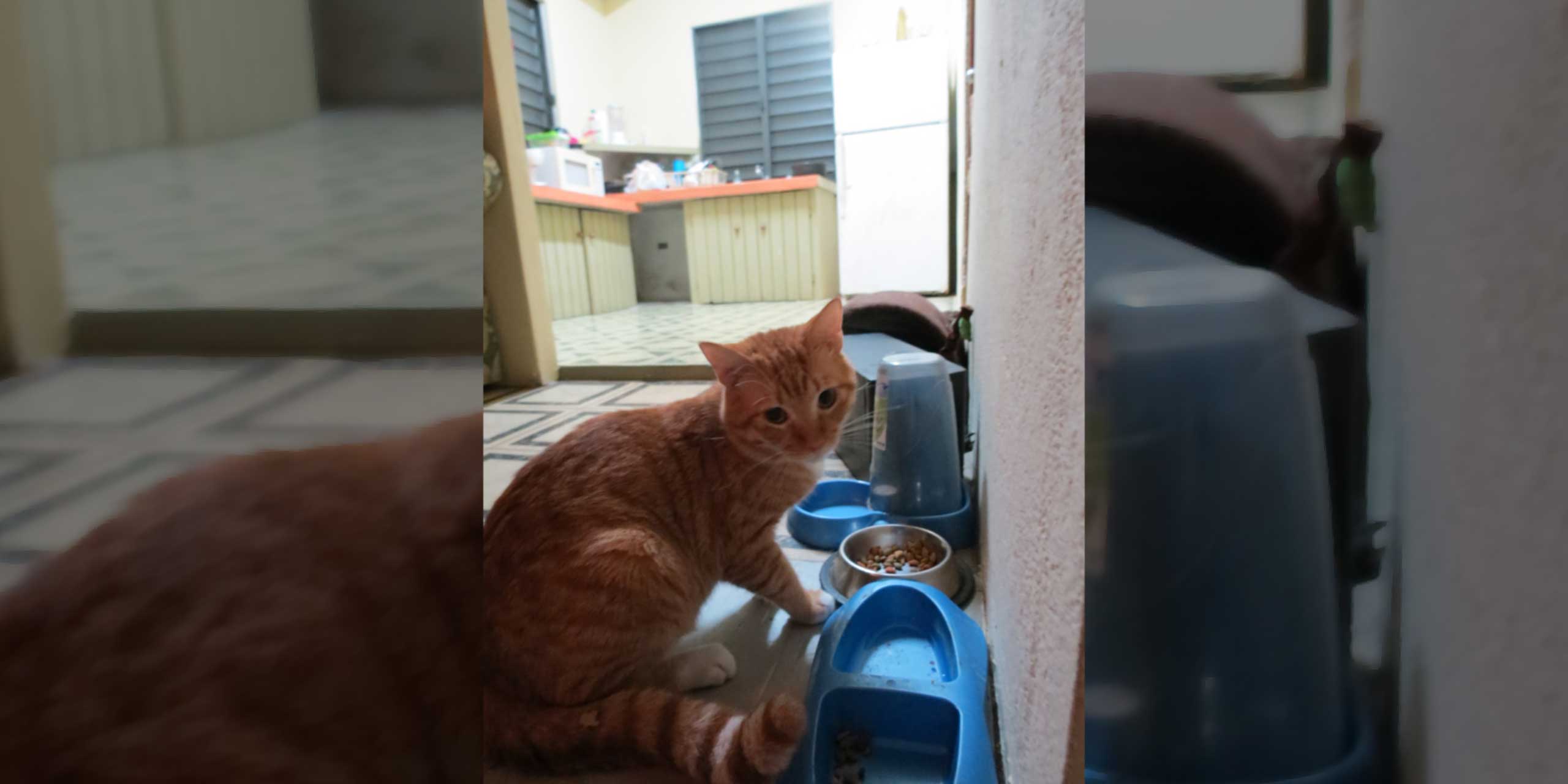 Otoño , who we found on an abandoned area meowin’ on a sidewalk full of tall grass, we couldn’t even see him.
Gebe got out of the car and we took him home.
He was so little, fragile, we took care of him.
As he grew he became “huevito”, otoño huevito.
He liked to get on top of the TV and turn it off, yeah he was a little rascal but we still love him so anytime he did that we went ” Eh!! MIRAA!! MIRRAAAA! , and he just went bananas and hide.
we even dressed him up as yoda one time and he was like ……… -_- .
Still it was funny 🙂
We took him to the beach and he was freaked out by the water.

Anyways otoño been sick for a few days so i took him to the vet and he was just diagnosed with Feline Leukemia.

Vet say to put him down,
We took him home, he was super weak, didn’t wanna eat or drink. His eyes looked empty, as if he was lost .

We let him go outside, he just went down the stairs and it went into a corner on the grass, like he was hiding or looking for a spot to die.

So the vet says he could infect the other cat “winter lulu” so i’m keeping otoño on a room and winter lulu on the living room.

After a few days Gebesus decided to give him food with a plastic syringe, she mixed some vitamins with his food and he ate a little.

Two days later he started drinking water on his own. His eyes are back to normal.

Today when i got home i opened the door and boom. Otoño entered the house….. Seems like he was outside all day having fun, he got out through a window, seems like he is a ninja.

Tho he looks better and more active, he is still weak. He could die at any moment, but if he does it will be because it was his time, not cuz i decided to kill him on the vet.

a week before otoño got cancer, my father was diagnosed with cancer.

About 2 years ago i lost my grandpa to cancer.

There is no God.
There is only Cancer.

To the moon! Gallery

Let's get off the ground! Dear diary, I'm finally going to pursue a "career" on animation and design. I'm starting with elevating the megupets brand and finally